If you’ve ever seen an Earwig before, you’ve probably considered it to be a threat to you and your home. It has an ugly appearance with nasty looking pincers on its rear end. The name Earwig, means “ear creature” and comes from folklore tales that they come out at night, crawl into peoples’ ears to eat their brains. But contrary to what’s been said about them, they’re quite harmless.

Though it’s true they usually come out at night; they only eat leaves, flowers, fruits, mold, and insects. But just because Earwigs do not eat brains or spread diseases, it doesn’t make them any less scary when you find one scurrying around late at night.

Earwigs typically live in large groups outdoors and can be found under piles of leaves, grass clippings, mulch, or other lawn debris. They can get into homes through exterior cracks and damaged screens. You can identify Earwigs by their long cerci, or clippers, on their backsides and their dark brown exterior. Adults can range from 5-25 mm in size. They are thin insects with two pairs of wings. Earwigs also produce a pheromone (scent) that attributes to how they come together to form large groups. Immature earwigs look just as scary and resemble the adults in appearance except they do not have wings yet.

To prevent Earwigs from finding a way into your home remove harborage sites such as leaf piles, mulch piles or other vegetation. Seal cracks and crevices thoroughly to block any structural entry points. If you discover more than a few Earwigs around your home or want to have the problem solved the first time around, contact our professionals at Drake Pest Control and receive a free estimate or call 866-815-DUCK. 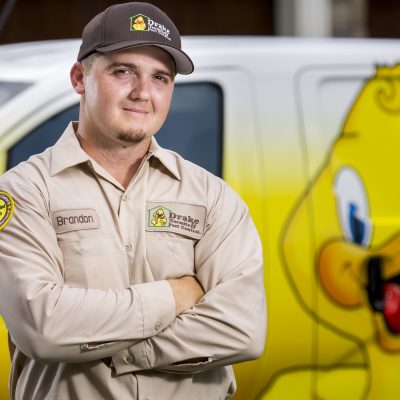 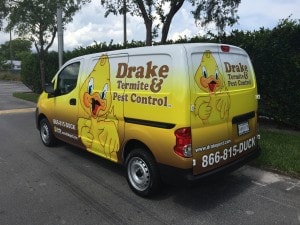